On 22 July I had the opportunity to observe the earth-breaking ceremony for the proposed new bridge to be erected at the mouth of the Kemena River, which has the Bintulu town on its right bank and Jepak on its left bank as it nears the sea. The right side of the bank where the ceremony happened was formerly the site of a silica sand wharf and jetty used in the 60's to 70's. The cable-stayed bridge structure is expected to be completed in 48 months at a cost of RM 467 million and financed by the Sarawak state coffers. The earth-breaking ceremony was performed by the Chief Minister of Sarawak, Datuk Patinggi Abang Johari Tun Openg. It is the first time I see the Chief Minister speaking in a very confidant mastery style even though the speech was in Bahasa Serawak (or Sarawak Malay). He was in his elements and his manner of speaking was almost akin to the late Tok Nan whose straight- talking style invariably captivated the imagination and hearts of the peoples of Sarawak. With the completion of the bridge the total traveling distance to reach Bintulu town from the airport would be shortened to 6km from 20 km presently.

Posted by Mahmud Yussop at 6:33 AM No comments: 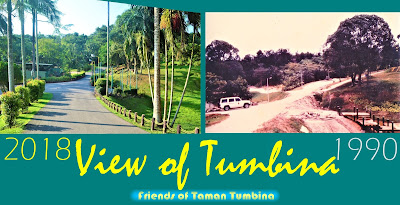 One of Bintulu's signature attraction is the Taman Tumbina. It is a combination of a zoological park and a botanical park. Thus it derived its name from two Malay words - TUMBINA = TUMBuhan (Plants) + BINAtang (Animals). Construction works by the developer of the project - BDA (Bintulu Development Authority) started in earnest in 1989 and the place was opened to the public in 1991.Here are timeline combo pictures to recall the difference 30 years ago. 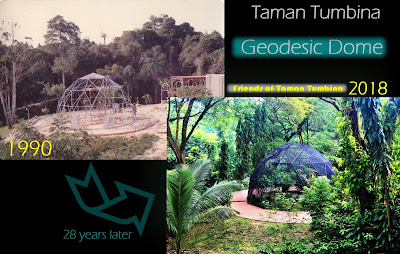 Posted by Mahmud Yussop at 4:51 AM No comments: 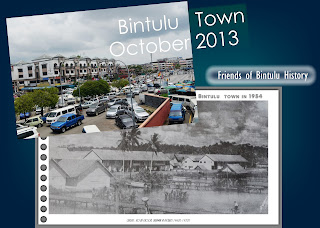 Posted by Mahmud Yussop at 4:46 AM No comments:

Posted by Mahmud Yussop at 4:22 AM No comments: